PensionPro of the Month September 2017 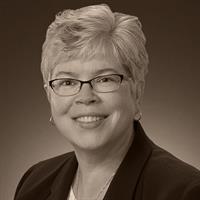 Mickie Murphy keeps her eye out for Pros. “I’ve interviewed a dozen people in the last two years,” explained Murphy. “Experience with PensionPro certainly gets people in the door when I might not have otherwise interviewed them.”

Murphy selected PensionPro in 2010 and became an early adopter. “We were looking to get out of the paper business and move to electronic reporting,” she said. Working as a practice leader for a TPA firm under a CPA umbrella, compliance and documentation were especially important. She began using PensionPro for year-end work and was startled by the result: review took half as long.

“I thought I missed something,” she said. “I was accustomed to people handing me deep well folders and binders to do review — I had an eight-page checklist.” Instead, there was immediate efficiency. “We do more with less people,” Murphy said. “It’s changed the way I manage a practice.”

As practice leader for Blue Benefits Consulting, Murphy manages three offices in Indiana and one in Ohio. The workflow software allows her to easily view all project status, plans, personnel, and locations. By standardizing all processes, she spends less time checking on deadlines and more time focused on sales and illustrations for new business.

“It’s allowed me to empower others and give them a little more freedom,” she said. “It’s a tool that I don't ever want to give up.”